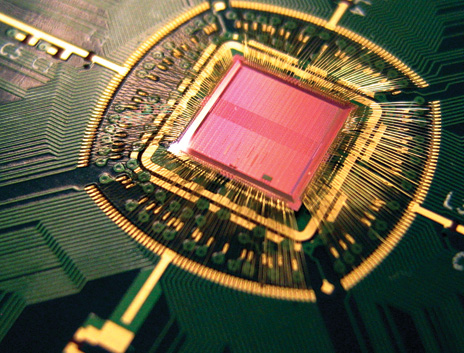 A long-studied strategy for recycling the energy used to clock computer processors is now starting to make its way into commercial chips. The approach—dubbed resonant clocking—has been integrated into Advanced Micro Devices’ new AMD A10-4600M processor. The chip, known by the code name Trinity, debuted in May and is now shipping in desktop and laptop computers.

Taking a cue from the pendulum, the technology uses inductors to periodically store and release the energy that would ordinarily be dissipated through the clock distribution network on a chip. According to AMD and Cyclos Semiconductor, which licensed the technology to the processor firm, the approach can cut down on the power needed to clock the chips by up to 24 percent. Alternately, the technology can be used to boost the top speed of the 4-gigahertz-capable chips by 100 megahertz without requiring more power.

To read more, please open the following link : A Butane Recharger for Your Cellphone