The Quest for 2-D Silicon 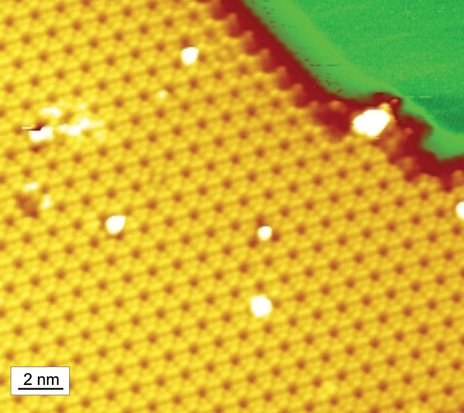 In 2004 two researchers, Andre Geim and Konstantin Novoselev, at the University of Manchester, in England, announced the creation of graphene, a two-dimensional form of carbon with unparalleled electronic properties. A decade earlier, Kyozaburo Takeda and Kenji Shiraishi of NTT Basic Research Laboratories, in Atsugi, Japan, predicted that a similar structure of silicon atoms—silicene—should exist. Now, a group of scientists in Europe say they’ve finally managed to create a sample of the stuff. Experts expect that silicene will have some of graphene’s amazing abilities—such as allowing electrons to speed through it as if they had no mass—but in an element more familiar to the semiconductor industry.

Geim and Novoselev had isolated graphene in an embarrassingly simple manner: They peeled it off graphite with Scotch tape. The creation of a silicene layer was much more difficult. “There is no equivalent to graphite where you could simply peel it off, and that was the problem,” says Patrick Vogt, a physicist at the Technical University of Berlin. He led a team of researchers from France and Italy, who synthesized and investigated the properties of single layers of silicene and reported the results in April’s Physical Review Letters.

To read more, please open the following link : The Quest for 2-D Silicon