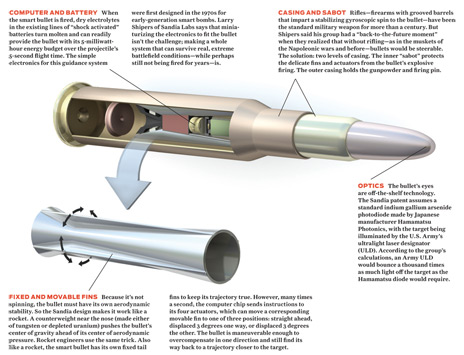 A team of engineers at Sandia National Laboratories, in Albuquerque, is ­completing a testable prototype of the world’s first laser-guided ­bullet. Like a “mini-me” of smart bombs, this patented technology has some of the same computerized control and guidance features found on proven Gulf War weaponry, such as the Paveway series of laser-guided bombs….