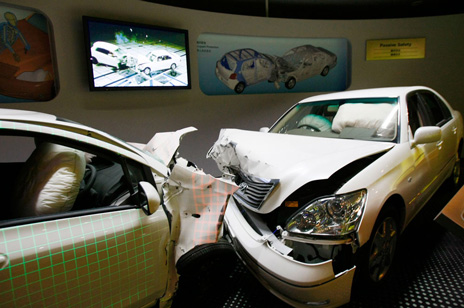 After a car crash—like this one, which was staged by engineers at Toyota Motor Company’s Kaikan Museum and exhibition hall in Toyota, Japan—data stored in the module that controls the deployment of the airbags reveals how fast the vehicles were traveling as well as other details about how they were being driven before impact.

Built into the framework of U.S. citizens’ civil liberties is the right to privacy. Though not specifically mentioned in the U.S. Constitution, privacy is cherished as a catchall concept that limits government intrusion into people’s lives and establishes boundaries meant to protect one citizen from another. But the framers of the Constitution could not have foreseen the electronic systems that now threaten to modify the definition of privacy or abolish it entirely….