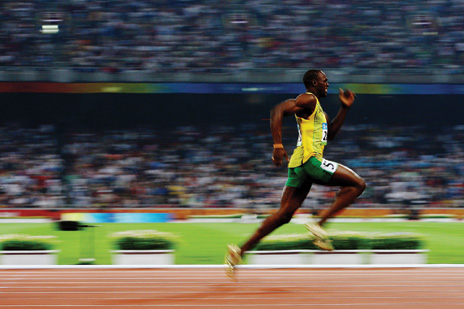 The last time London hosted the Olympics was in 1948, the first year the games were broadcast to home televisions. Lauded at the time as a huge technological achievement, the operation would be considered quaint by today’s standards.

As the sole broadcaster, the British Broadcasting Corp. shot the competitions with three then-state-of-the-art Emitron cameras wired to two control vans parked outside the famous Empire Stadium and its nearby pool (now Wembley Stadium and Arena). From the vans, engineers relayed pictures through coaxial cables strung along telephone poles to a central studio, where a producer chose the best program to pass on to the BBC’s only transmission station, at Alexandra Palace. The broadcasts, totaling 68 hours 29 minutes, reached just 500 000 viewers—most within a 65-kilometer radius.

Open the following link for further reading : The On-Demand Olympics