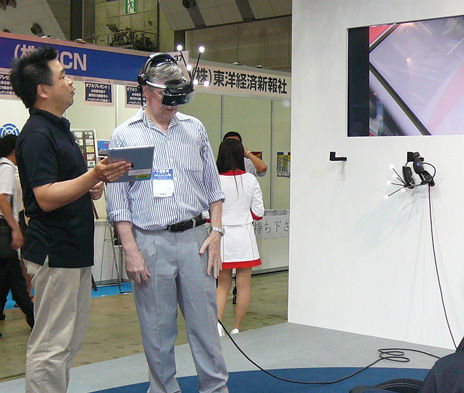 26 July 2012—Canon begins selling a next-generation form of virtual reality technology known as mixed reality (MR) this month. The company suggests its version of MR is an enhanced, more grown-up version of the augmented reality provided by some smartphone apps and things like Google’s Project Glass. In contrast to augmented reality, which typically adds text or simple graphics to what the user sees, Canon’s MR adds computer-generated virtual objects to the real world in real time, at full scale, and in three dimensions.

In a further contrast to consumer-oriented augmented-reality schemes, the technology is initially targeted at engineering groups involved in designing and building new products. Canon claims that not only will it cut down on prototyping, it will also speed up concurrent engineering by allowing those involved on the manufacturing side to get a faster look at what is coming down the new-product pipeline.