What Curiosity Will and Won’t Teach Us About Martian Life 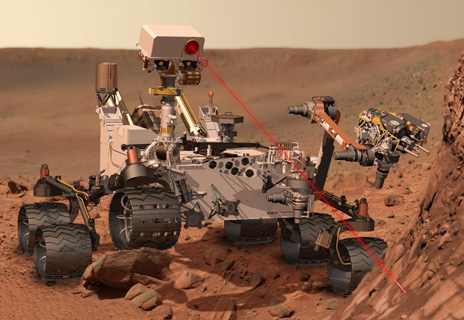 At around 5:25 a.m GMT on Monday, 6 August, the NASA Mars Science Laboratory spacecraft will reach the edge of the Martian atmosphere and attempt to deliver the biggest and heaviest robotic explorer yet sent to the Martian surface. If the Curiosity rover survives the landing, it will be set to scrutinize the Martian surface with the most sophisticated instrument package ever landed on another planet. The expectation is great that the US $2.5 billion mobile laboratory will be able to tell us once and for all whether Mars could once have harbored—or might still be able to support—some form of life. But whatever Curiosity finds, it won’t be the final word on Martian life.

If Curiosity’s mission is successful, it will be at best an incremental step—albeit an important one—in our exploration of the Red Planet. Speculation about the possibility of life on Mars has long outstripped our ability to investigate it, and our technology is only now beginning to catch up. In the years to come, we may look back on Curiosity as the spacecraft that began to answer questions that researchers have been asking, in one form or another, for centuries….

Open the following link for further reading : What Curiosity Will and Won’t Teach Us About Martian Life