Will Unicode Soon Be the Universal Code? 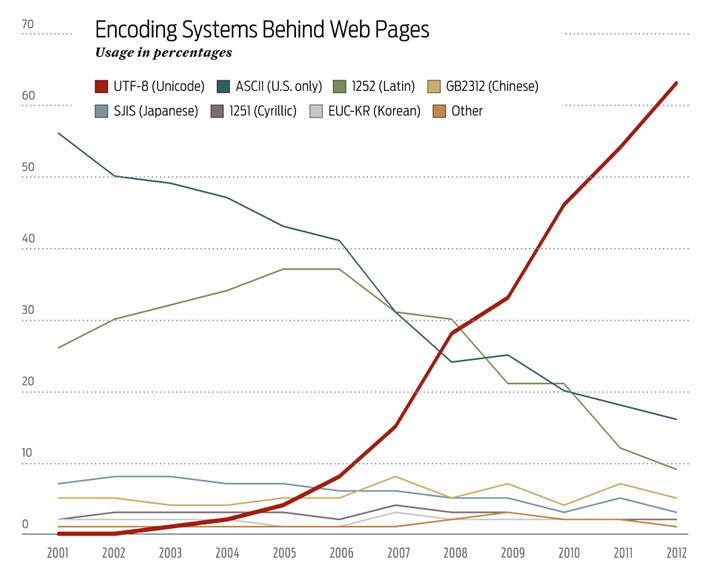 A universal human language, though appealing in theory, has never gained much traction in real life. French, Chinese, and Arabic have served as lingua francas at one time or another, but almost no one is fluent in Esperanto, the global linguistic mash-up.

In computing, on the other hand, a universal way of encoding languages—that is, translating characters from any language into ones and zeros and vice versa—has been steadily growing since 2006. Unicode is now the encoding system of choice for over 60 percent of Web pages on the Internet, according to an analysis by Google.

Open the following link for further reading : Will Unicode Soon Be the Universal Code?