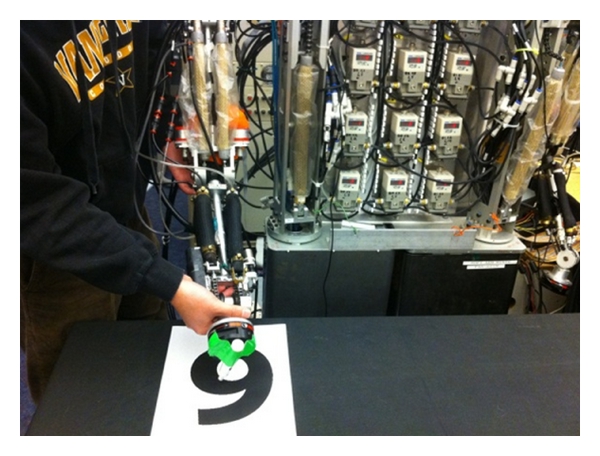 This paper proposes a general method for robots to learn motions and corresponding semantic knowledge simultaneously. A modified ISOMAP algorithm is used to convert the sampled 6D vectors of joint angles into 2D trajectories, and the required movements for writing numbers are learned from this modified ISOMAP-based model. Using this algorithm, the knowledge models are established. Learned motion and knowledge models are stored in a 2D latent space. Gaussian Process (GP) method is used to model and represent these models. Practical experiments are carried out on a humanoid robot, named ISAC, to learn the semantic representations of numbers and the movements of writing numbers through imitation and to verify the effectiveness of this framework. This framework is applied into training a humanoid robot, named ISAC. At the learning stage, ISAC not only learns the dynamics of the movement required to write the numbers, but also learns the semantic meaning of the numbers which are related to the writing movements from the same data set. Given speech commands, ISAC recognizes the words and generated corresponding motion trajectories to write the numbers. This imitation learning method is implemented on a cognitive architecture to provide robust cognitive information processing. [Read More]