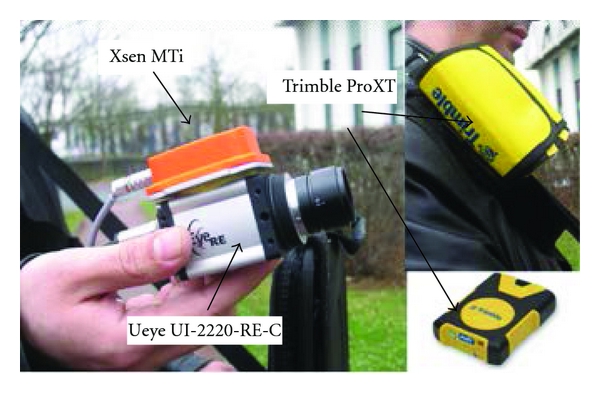 Augmented Reality (AR) aims at enhancing our the real world, by adding fictitious elements that are not perceptible naturally such as: computer-generated images, virtual objects, texts, symbols, graphics, sounds, and smells. The quality of the real/virtual registration depends mainly on the accuracy of the 3D camera pose estimation. In this paper, we present an original real-time localization system for outdoor AR which combines three heterogeneous sensors: a camera, a GPS, and an inertial sensor. The proposed system is subdivided into two modules: the main module is vision based; it estimates the user’s location using a markerless tracking method. When the visual tracking fails, the system switches automatically to the secondary localization module composed of the GPS and the inertial sensor. [Read More]