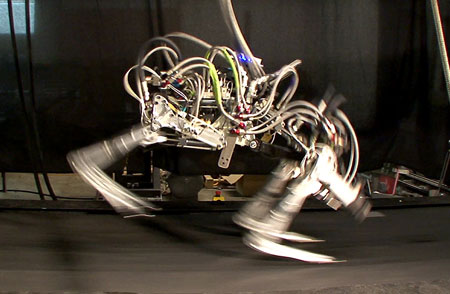 Boston Dynamics’ Cheetah robot has just set a new record for legged robots by sprinting at 28.3 mph. This, incidentally, is also faster than Olympic (human) champion Usain Bolt, who set the world record for the 100 meter dash with a speed of 27.8 mph back in 2009. Yes, this means that now there is officially no escape from a robot cheetah on a treadmill. You’ve been warned.  [read more..]