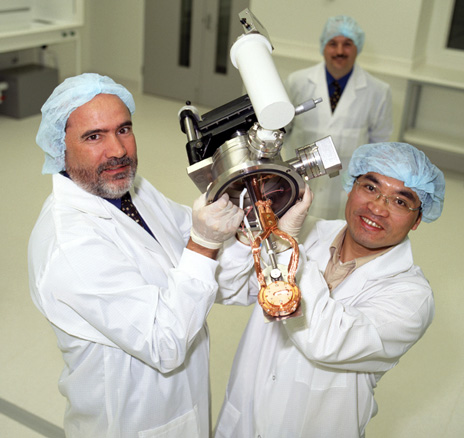 Building on some groundbreaking research from a couple of years ago, physicists led by Andrea Morello and Andrew Dzurak of the University of New South Wales, in Australia, are reporting in this week’s issue of Nature that they have managed to create a quantum bit in silicon using just a single atom. The experimental technique is, in principle, compatible with existing semiconductor technology and is being heralded as a big step toward the development of silicon-based quantum computers.

Quantum computers—as opposed to the computers we use daily—rely on the laws of quantum mechanics to speed up calculations. They could theoretically process complex calculations in a fraction of the time conventional computers require. Quantum computers are thought to be ideally suited to data-intensive problems, such as cracking modern ciphers, needle-in-a-haystack searches of huge databases, and modeling biological molecules and drugs. [read more..]