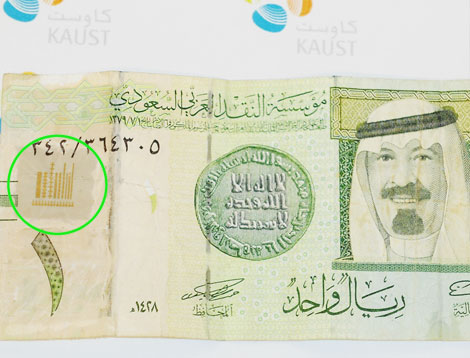 Have you heard about the tracking device in U.S. banknotes? There’s a plastic strip embedded in $20 bills that lets the government track them and count how much money is in your wallet by sending a signal to a satellite.

That’s an urban legend that dates back to at least 2001, but something a bit like it is coming true in Saudi Arabia.

Researchers at the Functional Nanomaterials and Devices Laboratory at the King Abdullah University of Science and Technology are working on putting a memory device into banknotes. [read more..]