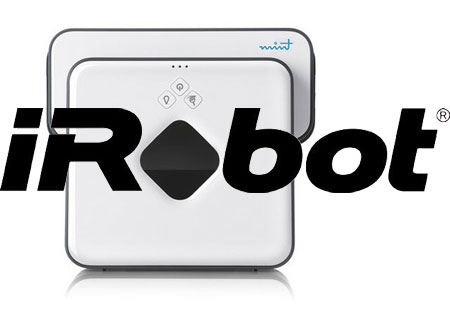 iRobot just sent out a press release announcing its acquisition of Evolution Robotics, maker of the Mint swifferbot, for $74 million in cash. We literally just got this, and there’s going to be a conference call tomorrow morning, but we’ll briefly talk about what we know right now.

If you’re not familiar with Mint, read our review here, but basically it’s a robot that sweeps or mops using Swiffer pads. It’s not a vacuum, and it only works on hard floors. It’s quiet, though, and cheap at just $200 for the base model. We liked it. And part of what we liked most about it was the fact that it uses a beacon system to localize itself, meaning that it can sweep in straight lines instead of in a pseudorandom motion like the Roomba. Whether or not straight lines are better for cleaning robots is debatable, but localization has the potential to enable all kinds of clever new robots. This seems to be a big part of why iRobot made the buy, since Evolution also has patents on an image-based localization and mapping system called vSLAM that would be appropriate for small mobile consumer robots. [read more..]