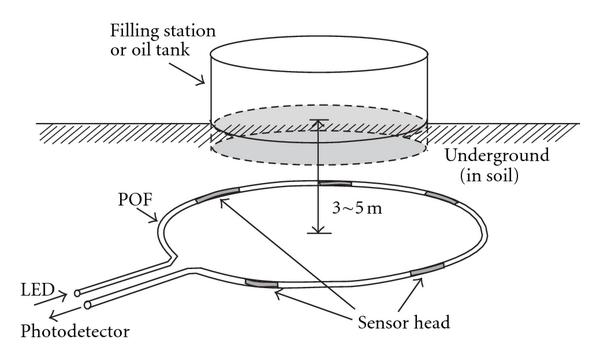 A basic operation of the very simple optical sensing system of fuel leakage in uniform sandy and clayey soils, which is consisting of a plastic optical fibre (POF) transmission line, the POF-type sensor heads, and a single LED photodiode pair, has been studied theoretically and experimentally. Its sensing principle is based on the POF structure change in the sensor head caused by fuels such as petrol. A scale-downed model prepared in the experimental room showed a possibility of optical detection of fuel leakage points in uniform soil. As this system operates without receiving the influence of water containing in fuels and soils, its application to fuel leak monitor around a filling station and oil tank can be expected. [Read More]