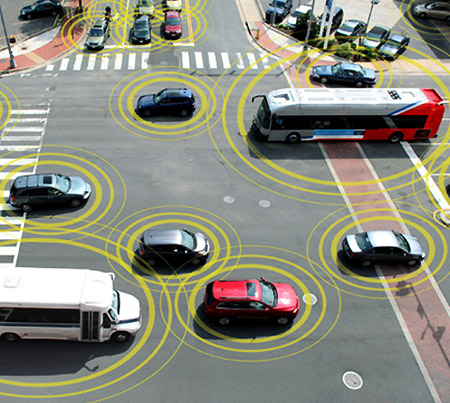 You’re a terrible driver. Yes, you. Terrible. At least, you’re terrible compared to a robot, which is smarter, faster, and more experienced. In fact, if we all just give up driving on highways and let robots take over for us, we could effectively end highway congestion as we know it by boosting the capacity of our existing roads by a staggering 273%.

On a highway filled to capacity by human drivers (which is about 2,200 vehicles per hour per lane), about five percent of the available road space is taken up by cars. Five percent. This is because humans are so bad at driving that we need lanes that are twice the size of our cars, and at highway speeds, we have to keep between 40 and 50 meters away from the car in front of us. [read more..]