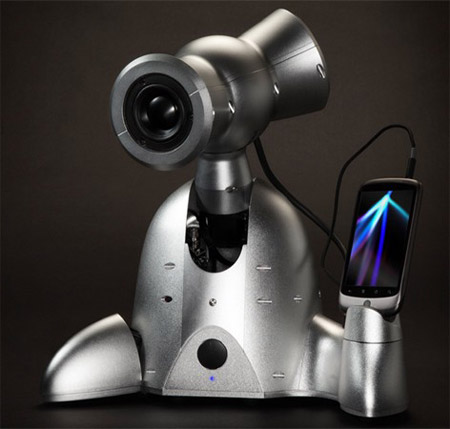 It’s always fun when we get to follow a robot as it evolves in a research lab somewhere and then finally makes it out into The Real World.™ Shimi, who we first met at Google I/O back in June, has a lineage at Georgia Tech stretching back many years, so I thought it would be kind of cool to take a look at some of the research that went in to making this robotic DJ (which, by the way, is now on Kickstarter).

These videos come from Gil Weinberg’s Robotic Musicianship Group at Georgia Tech Center for Music Technology. This first one, from 2008, shows Haile, a robotic drummer that can detects the beats played by a human (sounds like a familiar feature, right?), along with the coincidentally named Shimon, a robotic marimba player that can improvise based on the analyzed scale played by as human piano player. [read more..]