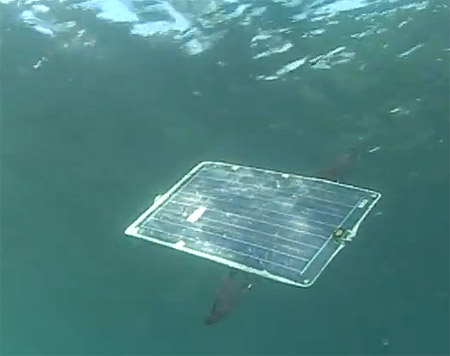 A mola, or ocean sunfish, is a very big, very flat, and (in this reporter’s opinion) rather silly looking tropical bony fish. Aerovioronment has used the sunfish as an inspiration for one of their latest proof of concept robots: Mola, an oceangoing robot that’s powered by the sun.

This, just for reference, is what a real mola (a large one, probably weighing about 1,000 kg) looks like :

The pic on the right shows a behavior called “basking,” where a sunfish will sometimes float along up at the surface on its side.  [read more..]