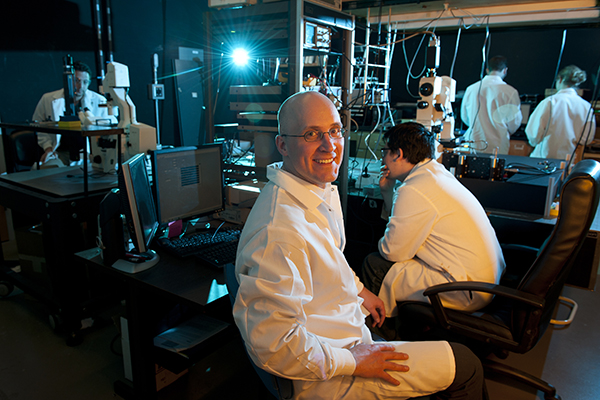 As chips shrink ever smaller, traditional lithography techniques have begun to lose their ability to remain accurate and the hopes of maintaining Moore’s Law have dimmed as a result. But directed self-assembly, a way to build integrated circuits from the bottom up, has been held out as a possible way to keep shrinking chip feature sizes and and sustain Moore’s Law.

Basically, directed self-assembly is a way of exploiting the ability of molecules to arrange themselves into ordered structures—with a little direction from our end. Previously, H.-S. Philip Wong used lithography to carve indentations that served as a template for the molecules to self-assemble themselves. This combination of traditional lithography with self-assembly techniques has been a line of research that has seemed to be the most promising in the field. [read more..]