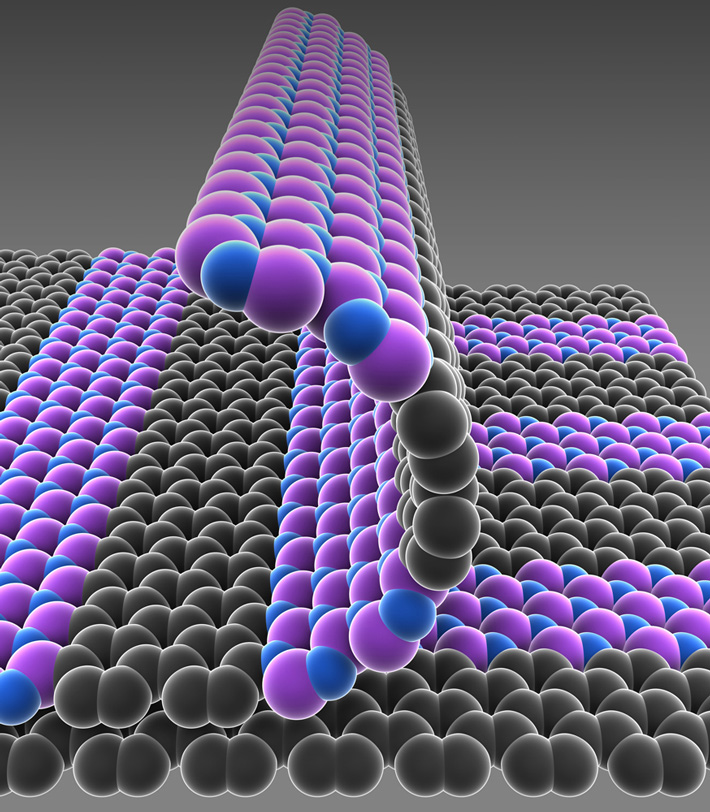 Researchers at Cornell University, in Ithaca, N.Y., are doing work that suggests electronic circuits could continue to be miniaturized until they are just a few nanometers thick. The Cornell team reports in this week’s Nature that it has developed a technique for manufacturing the components of electronic circuits on a single one-atom-thick sheet. The result, they say, will be flexible and transparent electronics that are as thin as they can possibly be. Stacking these sheets could someday yield complex, three-dimensionalintegrated circuits that are still slimmer than any of today’s chips.

The team grew a layer of graphene from a chemical vapor on a copper substrate, a method they call patterned regrowth. They used lithography to etch away the graphene areas they didn’t want, and then in the vacated spaces they grew a layer of a second material that is electronically distinct from the graphene but mechanically connected to it. Just as significant, say the researchers, the structure and electrical behavior of the graphene remains unchanged by the process that creates the new material growing right up to its borders. [read more..]