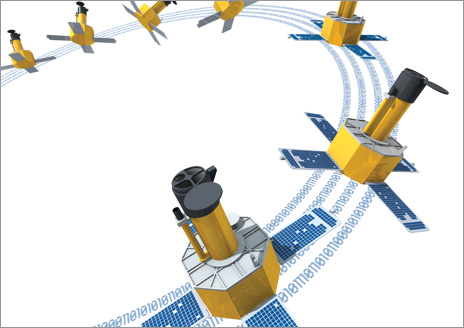 “Let me get this straight,” said a NASA mission controller after we finished describing our plan to steer a sun-observation satellite at top speed. “You want to make the satellite do something it wasn’t designed for?”

We glanced at one another across the conference room table.

In some ways, a satellite is like an outdated ­computer: You want better performance and an upgrade is too expensive, so you overclock the one you’ve got. With little more than a free afternoon and a bit of hacker know-how, you instruct the software operating your motherboard to ramp up your clock speed, and voilà! Better performance.

As we told the mission controllers at NASA in 2010, we’re taking this concept to a new level by improving the performance of an entire satellite. We’re not overclocking its onboard CPUs, but the idea is similar. By carefully choreographing the satellite’s movements, we can command it to do something it wasn’t originally designed to do—rotate faster. Such speedy maneuvering would allow existing imaging spacecraft, such as military and weather satellites, to more quickly capture time-sensitive events, such as the birth of a hurricane or the movement of enemy troops. And, like a savvy overclocker, we can do this without making any modifications to the hardware. [read more..]