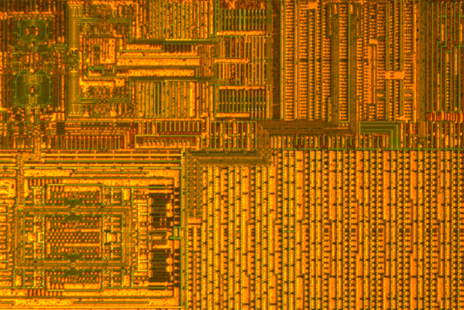 Are analog circuits on their way out? Granted, nature is analog and so, too, are the circuits that drive wireless communication. But analog devices are generally harder to miniaturize and have slowly been ceding ground to digital components. An experimental new radio chip developed by Intel could signal that the trend is accelerating.

The new radio, a Wi-Fi transceiver [pdf] that Intel says is constructed mostly of digital components, debuted in September at the company’s annual developer forum in San Francisco. Intel calls the technology a “Moore’s Law radio,” for its potential to take advantage of digital circuitry’s famed miniaturization trend. Ultimately, the technology could lead to smaller, slimmer portable devices, by integrating a smartphone’s radios and processors on a single sliver of silicon. But when that will happen and what sort of impact it will have on products is still unclear.  [read more..]