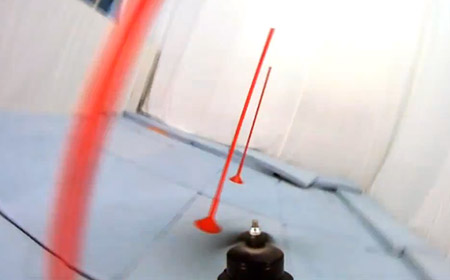 Now this looks like fun: some roboticists at ETH Zurich plopped a GoPro onto a quadrotor and taught it to zip through a slalom course. We’ve got video of that, plus RoboBrrd on Indiegogo, a robot gymnast that’s better than you. AND MORE, for this week’s Video Friday.

On a side note, by the time you read this I’ll be lying on a beach somewhere in Indonesia, where I’ll spend the next few weeks trying very hard not to be a blogger. Erico and some guest writers should be in and out to keep things rolling, and I’ll be back right after Thanksgiving, at which point I’ll likely be trying to figure out if it’s possible to write about robots while suffering from malaria. [read more..]