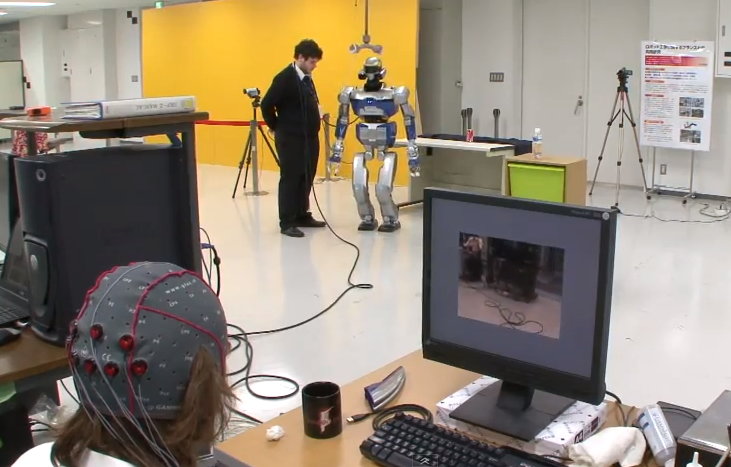 Many research groups are developing brain-machine interfaces capable of controlling advanced prosthetics  such as bionic arms and hands. But how about using your thoughts to control a full humanoid robot? That’s what French and Japanese researchers demonstrated recently. A team from the CNRS-AIST Joint Robotics Laboratory showed how a person, wearing a cap with electrodes, could control a HRP-2 humanoid and make it perform tasks such as grasping objects. Though the range of tasks the robot can perform appears limited—and controlling a robot this way might require significant mental effort—it’s nonetheless an impressive demonstration of how the lines between humans and machines are blurring. [read more..]