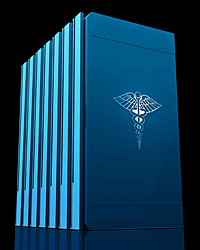 This AI program mastered “Jeopardy!” Next up, oncology

In the final round of a televised game show that pitted top players against IBM’s AI program Watson, a humbled human jotted down an aside to his written response: “I for one welcome our new computer overlords.”

Now even doctors are speaking that way. “I’d like to shake Watson’s hand,” says Mark Kris, an oncologist at Memorial Sloan-Kettering Cancer Center, in New York City. He talks excitedly about the day in late 2013 when Watson—now his student—will be fully trained and ready to assist physicians at the cancer center with their diagnoses and treatment plans.

It will be quite a career move for Watson, but one that IBM scientists envisioned from the get-go. They hope health care will be the killer app for Watson, an AI with phenomenal skills in natural-language processing. Watson first demonstrated its powers on “Jeopardy!,” a game that employs puns and wordplay in its trivia clues. For each clue, Watson had to make sense of the messy English language, parse complicated phrasing, and search through up to 200 million pages of text. [read more..]