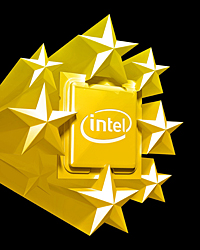 For a long time, the message from smartphone makers to Intel could have been summarized in a short text: “ur doing it wrong.”

Nearly five years after introducing its Atom line of chips for mobile applications, Intel is still just a bit player in that business. In 2011 it produced only 1 million of the 760 million chips sold for use in mobile devices like tablets and smartphones, according to the Linley Group. Although Intel has since made some new inroads, no significant improvement is projected for 2012.

The reason? Early Atom chips were essentially just stripped-down standard processors, too costly and power hungry to compete with the products of established mobile chipmakers like Qualcomm and Broadcom Corp. Maybe Intel just didn’t care, lulled as it was by the fat profit margins of its PC- and server-chip businesses.  [read more..]