Robot to Human: “Trust Me” 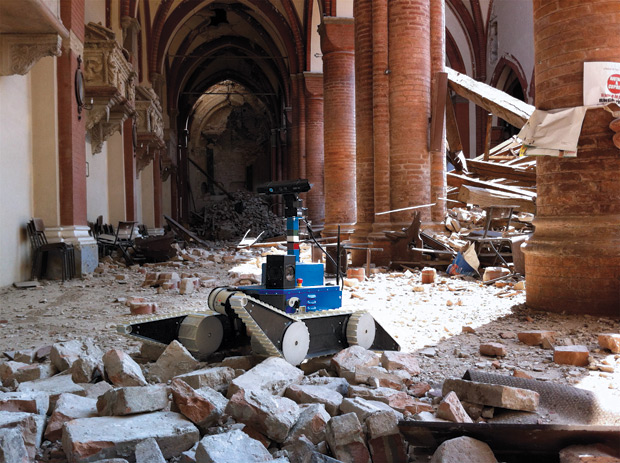 In a crisis control center, several teams of firefighters in Montelibretti, Italy, used laptops to guide a robotic ground vehicle into a smoke-filled highway tunnel. Inside, overturned motorcycles, errant cars, and spilled pallets impeded the robot’s progress. The rover, equipped with a video camera and autonomous navigation software, was capable of crawling through the wreckage unguided while humans monitored the video footage for accident victims. But most of the time the firefighters took manual control once the robot was a few meters into the tunnel. [Read More]