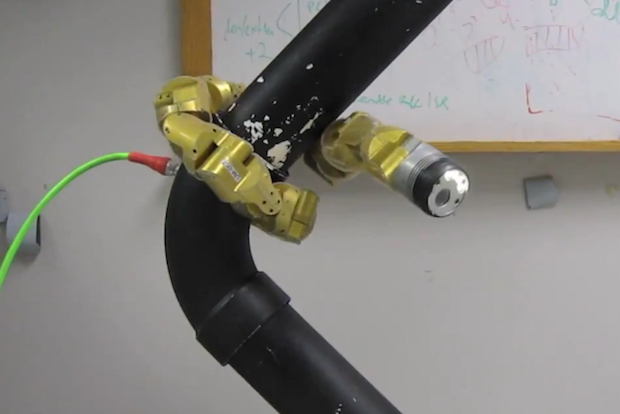 Last week’s was a record-breaking edition of Video Friday, with a total of 12 videos. But don’t worry. We’re outdoing ourselves this week: Sit back and enjoy 12 new awesome robot videos and one audio.

Snake robots are cool. They slither. They swim. They shoot laser with their mouths. Researchers often say that snakebots are great for search and rescue applications. You send one into a disaster site and use its cameras to see what’s going on there. But with all the slithering and rolling and undulating, watching through a snakebot’s eyes might be a nausea-inducing experience. Now the folks at the CMU Biorobotics Lab might have a solution. The clip below shows how their snake robot can point its head in a desired direction while climbing on a pole: the whole body moves; the head doesn’t. Pretty cool. And check out their other vid as well, showing the snake tracking a moving object while climbing. [Read More]