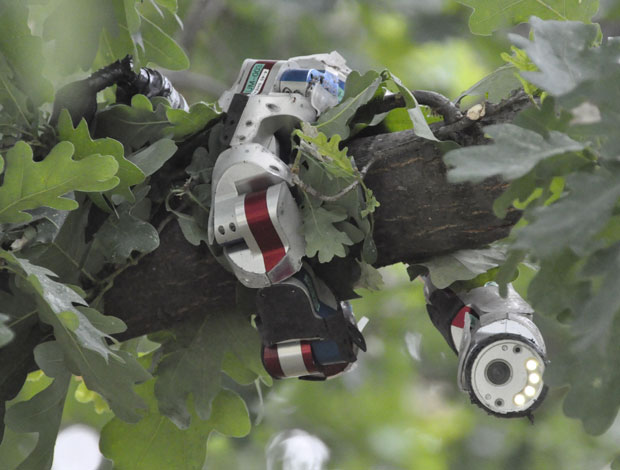 See this little guy smirking at you? Want to know how he got up there? A word of advice: as of right now, do not stand anywhere near a snake robot while looking like a tree, because these things will now fly right at you and go for your throat.

As far as the robot is concerned, I imagine that your neck probably makes for a perfectly acceptable vantage point from which to survey an area, at least until you pass out and fall over. We’ve already seen these robots climb up people, but the new trick that they’ve learned now is to reflexively grab on to stuff after being thrown at it: [Read More]