Japanese Robot Actroid Gets More Social, Has No Fear of Crowds 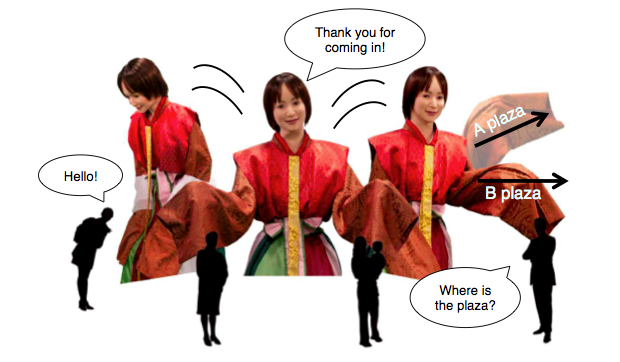 Actroid-SIT, a lifelike robot from Japanese firm Kokoro, hasn’t received as much attention as her cousin  Geminoid F, which happens to be a copy a real woman. But while Geminoid F is a teleoperated robot, Actroid-SIT can function autonomously, talking and gesturing while interacting with people. In fact, researchers have recently demonstrated how improvements to Actroid’s behavior can make it look smarter and more expressive than your average android.

Actroid now makes eye contact and gestures in the direction of a person trying to speak to her, allowing it to adeptly handle crowds of people. To develop the new behavior, researchers from Nara Institute of Science and Technology studied how individuals and groups interacted with the robot. Based on their observations, they focused on two new features, which they call “interruptibility” and “motion parameterization,” hoping to improve human-robot interaction. [Read More]