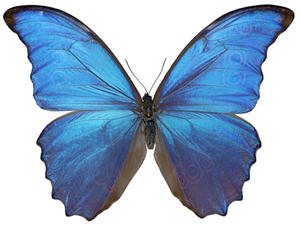 Nanotechnology is being used in a number of anti-counterfeiting techniques. There are those that are still at a fairly preliminary stage of their development and others that are well-established commercial interests.Now a new company, Vancouver, Canada-based NanoTech Security Corp., is bringing a nanotech-based, anti-counterfeiting technology to market that operates on the same principle as the iridescent wings of the Blue Morpho butterfly.Researchers have mimicked the Morpho wing structure as the basis for developing nanostructures before. In at least one case, it involved removing the actual scales from the butterfly wing and doping them with carbon nanotubes for improved thermal imaging.  [Read More]