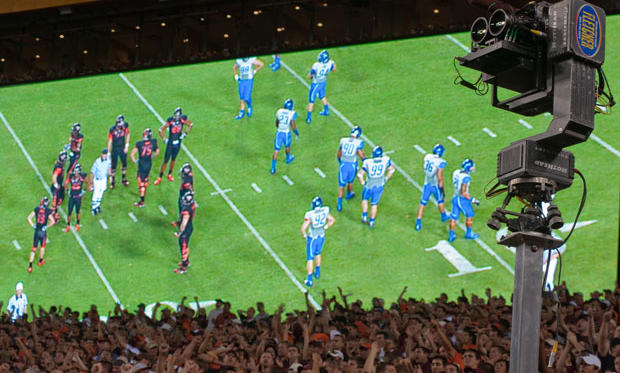 Just a few years ago, 3-D television was the next big thing in home entertainment, and sports was the next big thing in 3-D. Now, 3-D is a minor feature in television sets, kind of like automatic dimming or a memory card slot. And 3D sports broadcasts, while catching on in some countries, aren’t common place in the United States. Today’s Super Bowl will not be televised in 3-D; the broadcaster, CBS, is not currently producing any original 3-D programming.

Keeping the Super Bowl a 2-D event makes a certain amount of sense. The Super Bowl is typically viewed in large groups—I’m going to a Super Bowl party today, you may be too. And it can be tough to find the decent 3-D viewing angles for a crowd in a typical living room, though 3-D broadcasts in pubs in the U.K. have worked out just fine. [Read More]