This Humanoid Robot Gets Pushed Around But Stays on Its Feet 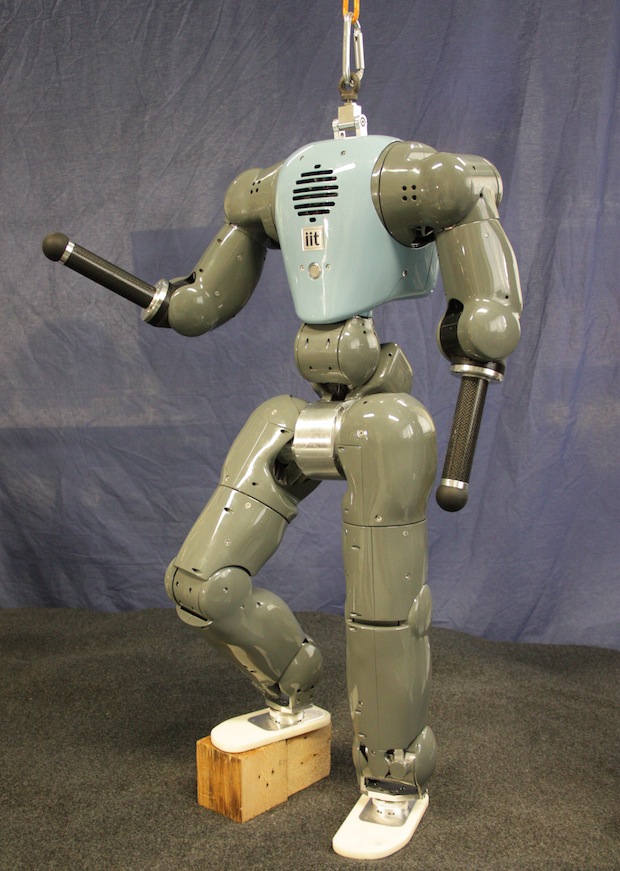 Most humanoid robots developed over the past few decades have had stiff joints, and that’s a problem if they’re ever going to interact with people. Their unyielding arms and legs could injury a person if they accidentally whack someone, or if they lose balance and fall down. Lately there’s been a growing interest in developing robotic joints with variable stiffness, which would improve their safety, but so far few groups have built a complete robot. Now a team from the Italian Institute of Technology (IIT) is approaching that goal with their robot COMAN (COmpliant huMANoid). [Read More]