A Big Step Toward a Silicon Quantum Computer 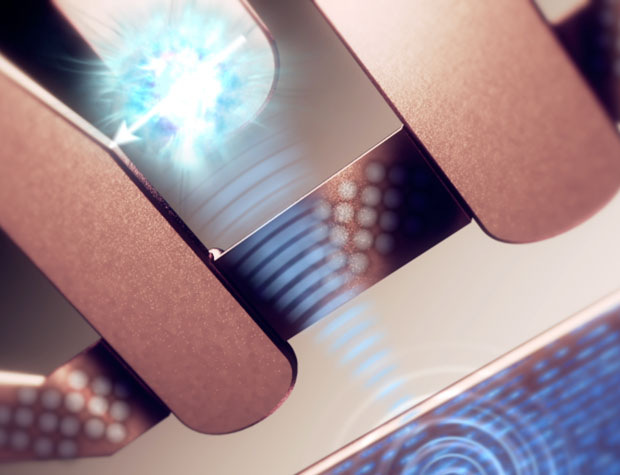 Quantum computers could more easily become a reality if they incorporated the silicon semiconductor processing used by the modern electronics industry. Physicists in Australia have recently taken a new step toward that vision by reading and writing the nuclear spin state of a single phosphorus atom implanted in silicon.

In a breakthrough reported in the 18 April edition of the journal Nature, physicists have finally achieved an idea first proposed in 1998 by Bruce Kane, a physicist at the University of Maryland, in College Park. Such success could lead to quantum computers based on the same silicon-processing technology used for computer chips. [Read More]