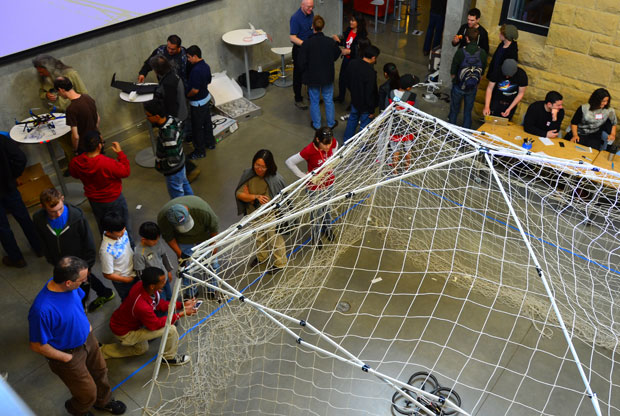 One of the very first U.S. National Robotics Week events took place on Saturday at Stanford University. It was a two day AR Drone hackathon hosted by the Stanford Robotics Club, and the winner project involved balloons and giant needles. AWESOME. The event actually started on Friday, and each team was given an AR Dronealong with about 18 hours to come up the coolest idea ever. Or, we should say, they had to come up with the coolest idea ever and the successfully implement it. That second bit being the tricky part, of course. [Read More]