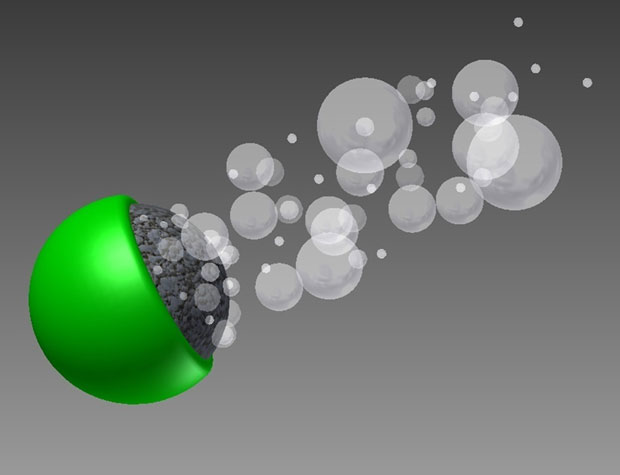 Chemistry teachers with a flair for the dramatic sometimes throw pure sodium into a body of water, causing a reaction that blows the sodium back out of the water and blows their students’ minds. Engineer Wei Gao, at the University of California, San Diego, thinks smaller. He envisions a controlled version of that reaction so small it would fit on one side of a 20-micrometer particle.

For particles that size, ordinary water is as viscous as tar is to us (see the classic lecture “Life at Low Reynolds Number,” [PDF] by Edward Purcell). One way to push through it is to use the fluid itself as fuel. In 2011, Gao and his colleagues dropped microscopic zinc particles into hydrochloric acid. The results weren’t explosive, but the researchers clocked their zinc particles scooting at 1050 μm per second, or around 100 body lengths per second. To simulate that, a 2-meter-tall human would need to swim through four tar-filled Olympic swimming pools in 1 second. [Read More]