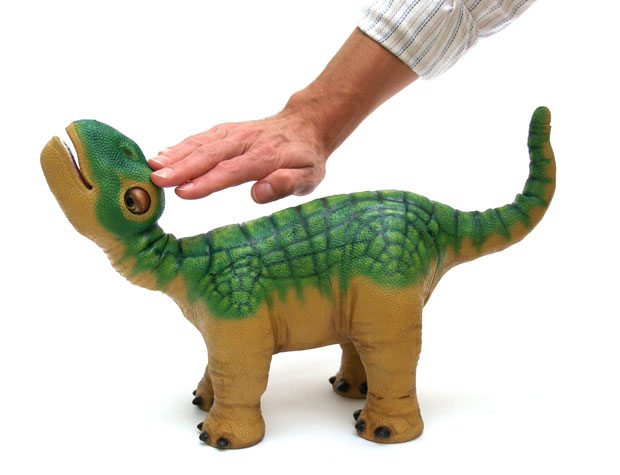 Engineers worldwide are developing robots to act as companions for people—for instance, to help the elderly at home or patients in hospitals. However, after the novelty of using a robot fades, people often feel less interested in using them. Scientists want to learn how to create more-engaging robots, but there has been little systematic research on how people react emotionally toward them.

To learn more, social psychologist Astrid Rosenthal-von der Pütten, at the University of Duisburg-Essen, in Germany, and her colleagues had 14 volunteers watch videos as they scanned their brains with functional magnetic resonance imaging (fMRI). In some of the clips, experimenters treated either a woman in a green T-shirt, a green box, or a small green dinosaur-shape robot with affection—for instance, with tickles, hugs, caresses, or massages. The robot, known as Pleo, had microphones, speakers, and motors, as well as light, infrared, motion, touch, and grip sensors. When it was stroked or “fed” with items placed in its mouth, the droid purred, sang, babbled, and squealed with glee. [Read More]