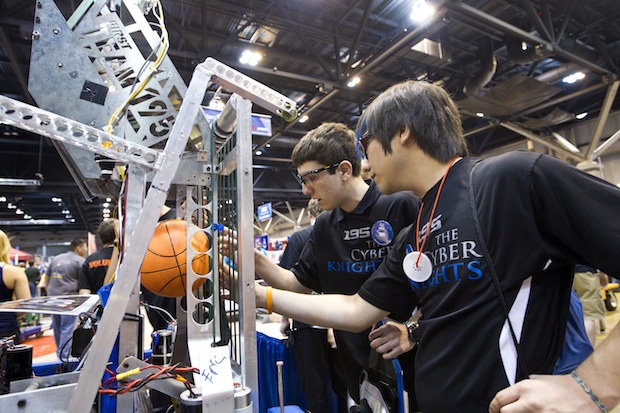 FIRST, the popular robotics competition created by Dean Kamen to foster science and engineering, is known to attract thousands of high school students who organize into teams to build robots that can drive around autonomously and shoot balls and discs to score points. Now the teams are getting a new controller that will let them design robots that are even faster, smarter, and stronger.

This morning at the FIRST Championship in St. Louis, FIRST (For Inspiration and Recognition of Science and Technology) and National Instruments announced a next-generation embedded robotics control platform. Codenamed Athena, the new controller is set to replace the current system, NI’s CompactRIO, in the 2015 season of the FIRST Robotics Competition (FRC). [Read More]