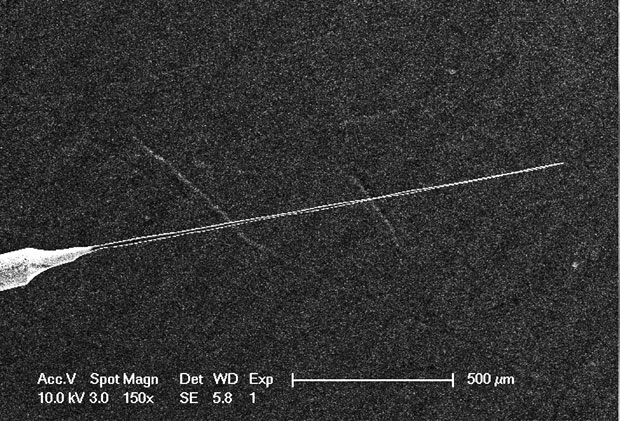 President Obama’s BRAIN initiative, which was launched back in April, may already have a new tool for mapping the human brain in its arsenal . Researchers at Duke University have used a carbon nanotube to capture electrical signals from individual neurons.

With a complete 3-D digital map of the human brain now available as part of the European Human Brain Project, brain research is gaining a lot of momentum. The carbon nanotube probe developed by the Duke team, which acts like a sort of harpoon, first spearing the neurons and then collecting the electrical signals they send to communicate with other neurons, is expected to provide a new level of insight into the human brain.[See More]