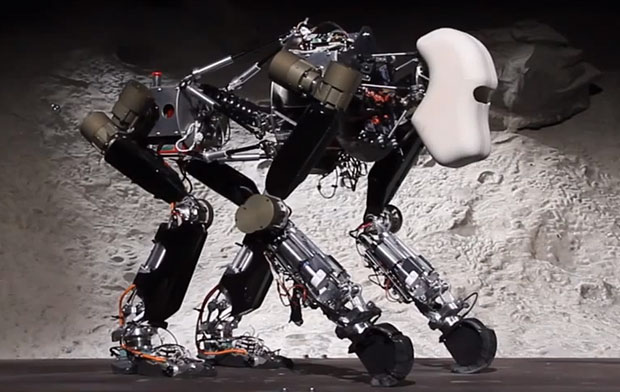 Here’s why I think building a robot ape is a clever idea: like a real ape, it’s sort of a cross between a humanoid and a quadruped, in that it spends most of the time moving around on four limbs. But, it can still stand up on its hind legs and give itself some extra height and a couple of manipulators when it needs to. I’m not sure that this specific capability is what DFKI (the German Research Center for Artificial Intelligence) is working on with their “ape-like robotic system,” but hey, they’ve got a fully armed and legged and operational robot ape, so I’m pretty sure that this biquadrupedal manipulation thing is inevitable now. [See More]