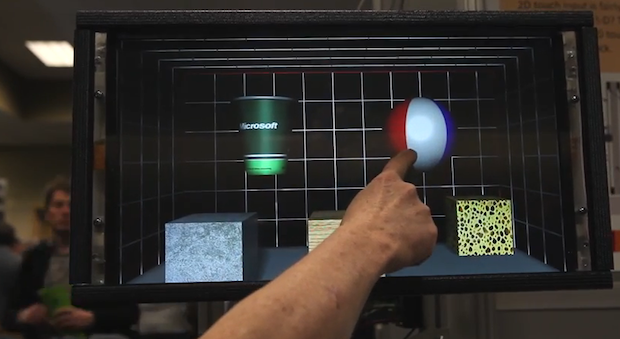 Touch screens are nothing new, but this prototype from Microsoft uses a robot-mounted display to do something surprising: touch back.

Early this year at TechFest, Microsoft Research showed off a number of coolnew user interaction applications. One of them is a prototype of a haptic feedback touch screen called TouchMover. The company is preparing an announcement with more details about the technology, but here’s a sneak peak. [See More]