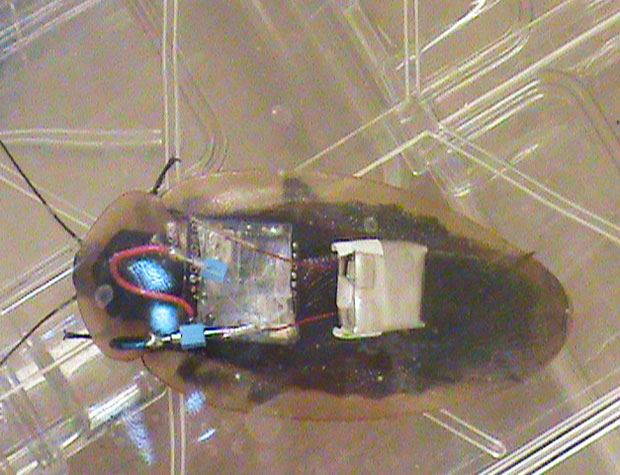 You’re pinned under the rubble of a collapsed building. Hundreds of roaches scuttle toward you, but you’re unable to move. You can only watch as a great brown swarm closes in. But there’s something different about this approaching army of bugs. Each one hefts a coin-size sensor that’s glued to its back. The troop of roaches has been sent to rescue you.

That’s the scenario a team of Purdue University engineers has been working toward. This week at theSymposia on VLSI Technology and Circuits, in Japan, the group unveiled a new high-sensitivity, low-power wireless transceiver meant for insect-based wireless sensor networks. The transceiver can link to a variety of sensors. The researchers have already tested the technology using microphones, but it’s compatible with all sorts of other sensors as well, including those used for heat, light, position, acceleration, vibration, weight, pressure, humidity, and more. [See More]