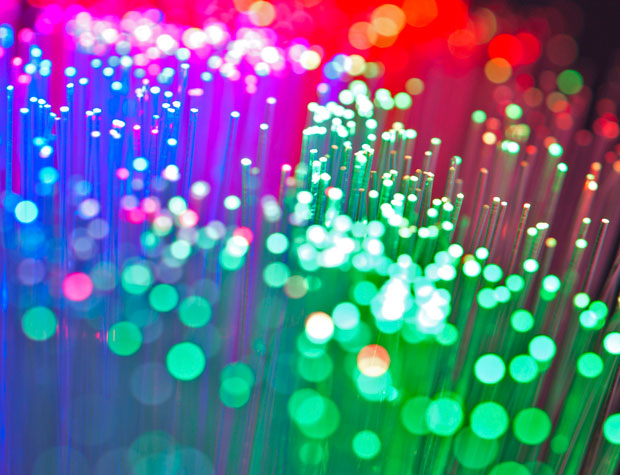 A simple trick of physics effectively quadruples the distance a signal could travel over optical fiber, according to researchers from Bell Labs, who demonstrated the scheme experimentally. But some experts are skeptical that such a system will ever be commercially viable.

The Bell Labs team sent the same signal using two complementary light beams, and when the light was recombined at the end, the signal-smearing distortion that ordinarily limits both distance and data rate was canceled out. That allowed them to transmit data much faster and farther than today’s optical systems can, says Xiang Liu, a distinguished member of technical staff at the Alcatel-Lucent–owned Bell Labs. A paper on their work was published online by the journal Nature Photonics on Sunday. [See More]