This Robot Wants to Beat You at Air Hockey 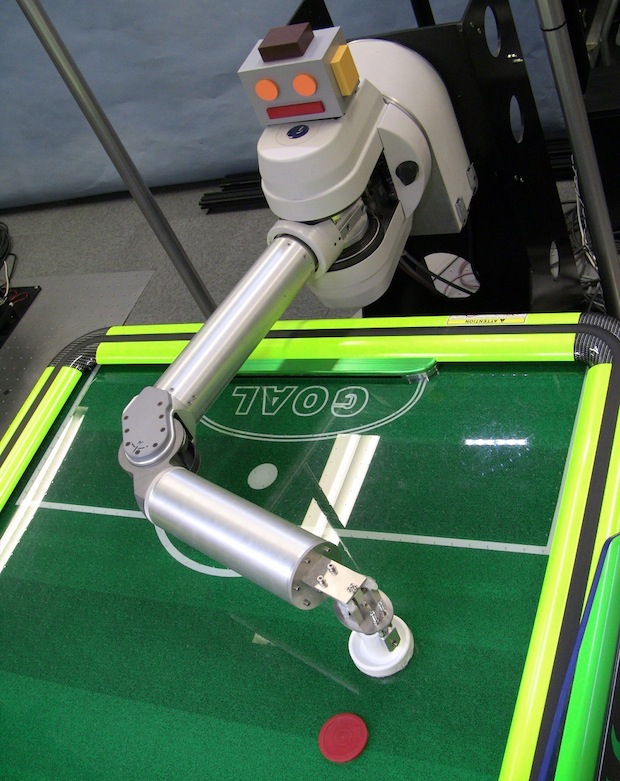 When it comes to playing games against robots, the future doesn’t look too bright for us humans. Machines will likely beat us, or are already beating us, at soccer, ping pong, chess, Go, baseball, basketball, rock-paper-scissors, iPhone games, and, of course, Jeopardy. Now add air hockey to the list.

Japanese researchers at Chiba University’s Namiki Lab have developed an air-hockey robot that is skillful enough to compete against human players. It’s not the first air-hockey robot developed, but the team led by Professor Akio Namiki has upped the ante: their robot changes its strategy based on its human opponent’s playing style. [See More]