Next Generation Canadarm to Focus on Satellite Servicing 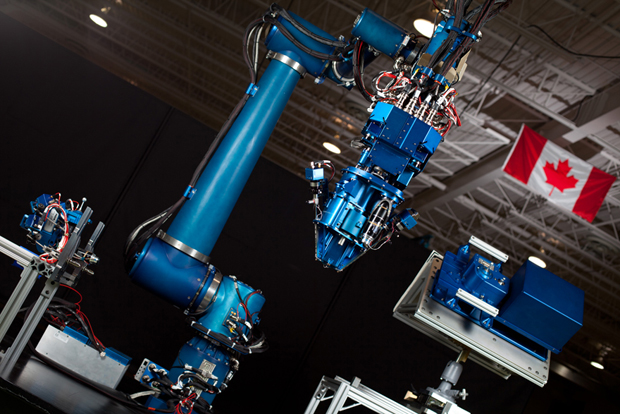 As much as we love Canada, our northern neighbors don’t exactly have a huge space program going on up there, probably because you can’t launch rockets on maple syrup.

I kid, of course. You can totally do that.

Anyway, the Canadian Space Agency is probably best known for two things:Chris Hadfield, and the Canadarm and Canadarm2. These giant robotic space-arms have been flying on the space shuttle since 1981, and the latest currently serves as Dextre’s lower body on the ISS. As always, we’re wondering what the next generation of Canadarm is going to be like, so we were excited to see this video from the CSA showcasing their next generation Canadarm project: the “Next-Generation Canadarm Project.” Mind = blown.  [Read More]