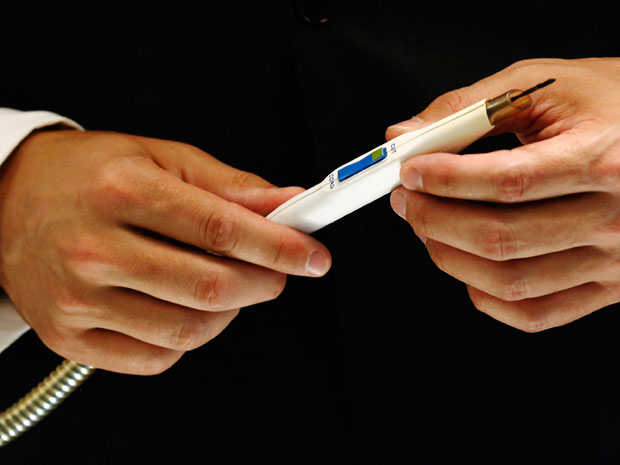 A new smart knife puts the pathology lab in surgeons’ hands by sniffing out cancer cells as it cuts flesh. The  so-called intelligent knife, also known as “iKnife,” could allow surgeons to work more swiftly and efficiently to remove cancerous tumors without leaving behind traces of cancer cells.

The iKnife works by detecting cancer cells in the smoke left behind by theelectrosurgical knife’s act of cutting flesh, according to Science Magazine. When the iKnife sucks up the smoke, it pipes the sample to a mass spectrometer capable of almost instantly analyzing the chemistry of the biological tissue to detect the presence of cancer. That translates into near-instant feedback for surgeons rather than having to wait on sample analysis by a pathology lab. [Read More]