The Science of Two Minds, One Machine in ‘Pacific Rim’ 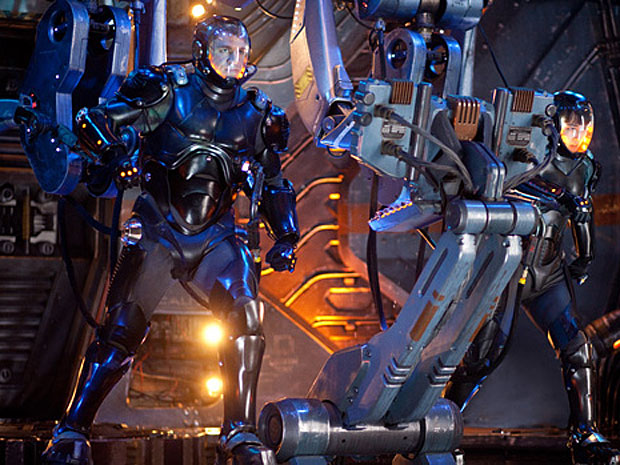 Man and machine merge inside robots the size of skyscrapers to do battle against equally huge monsters in the film “Pacific Rim.” The Hollywood technobabble used to explain why two human pilots must control the huge robots is pure science fiction, but real scientific studies have found promise in the idea of two minds being better than one—at least in brain-computer interfaces.

First, the technobabble. “Pacific Rim,” directed by Guillermo del Toro, plays with the idea of human pilots merging minds and memories to jointly control the huge humanoid robots called Jaegers. One pilot controls the left hemisphere and the other pilot controls the right hemisphere of each Jaeger’s “brain”—supposedly because a single pilot can’t handle the “neural load” for interfacing with the gigantic machines. If the two pilots punch or run in unison, so does the Jaeger. [Read More]