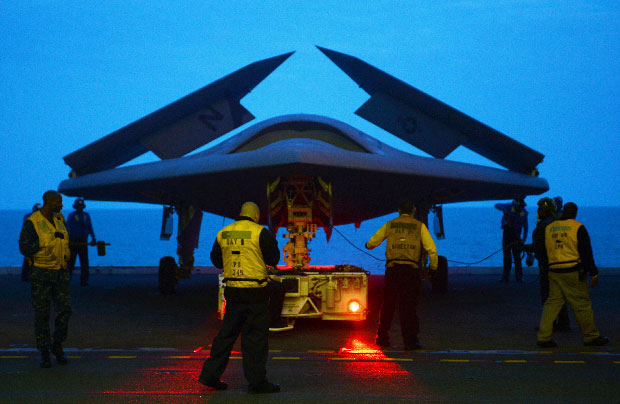 Last month, Northrop Grumman’s X-47B Unmanned Combat Air thingy (Vehicle or System, take your pick) did a mostly excellent job at autonomously taking off from, and more importantly landing on, an aircraft carrier. Once everything was shown to work, the U.S. Navy was like, “awesome job, now never fly those things again,” and the two X-47Bs were slated for permanent museum display. Fortunately for fans of big, expensive, scary-looking flying robots, the Navy has just changed its mind.

The Navy is now planning to deploy the drones to aircraft carriers three more times over the next two years. The first deployment should happen by the end of this year (so, very soon), followed by a second deployment about a year from now, and a final one from late 2014 until early 2015. [Read More]