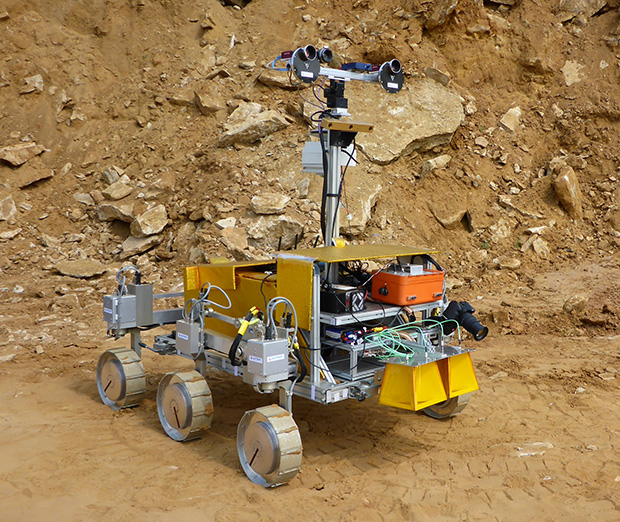 Robots are pros at exploring space, because they’re well-suited for all of the things that make space travel bad for humans: it’s dull, it’s dirty (in terms of radiation, anyway), and it’s very, very dangerous. And, you know, the whole absence of air and water and food and warmth and all that stuff, too. NASA has had some incredible success sending robots to Mars in particular, and the European Space Agency (ESA) is preparing to send its own rover to the red planet in 2018. Before it gets there, however, it has to learn how to drive itself around, which is why it’s first going to spend some time in Chile.

The ExoMars rover (a collaboration between ESA and Roscosmos, the Russian Federal Space Agency) is not as big as NASA’s Curiosity rover, but there are still plenty of reasons why it’s awesome. The most notable feature is that it’s going to include a big freakin’ drill on it that’ll be able to extract samples from up to two meters beneath the Martian soil. It’s also supposed to be able to travel about 100 meters per day, which is a very respectable distance. In order to make it that far, however, the rover can’t keep on calling back home to ask for directions, and autonomy is going to be a big part of how it operates. [Read More]