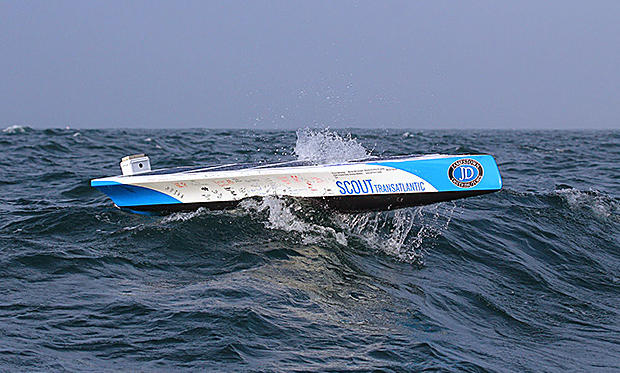 “Scout,” a 4-meter-long autonomous boat built by a group of young DIYers, is attempting to cross the Atlantic Ocean. It is traveling from Rhode Island, where it launched on 24 August, to Spain, where all being well it will arrive in a few months’ time.

Scout has now gone about 1000 miles (1600 kilometers) of its planned 3700-mile (5900 kilometer) journey. Should it complete this voyage successfully, its passage will arguably belong in the history books.

I say “arguably,” because it won’t be the first time a robotic vessel has crossed the Atlantic: Scarlet Knight, a sea-going robot fielded by researchers at Rutgers University, did that in 2009. But Scout stands to beat out Scarlet in my mind, for several reasons. [Read More]